Palletization and alignment of compaction tools in µm precission »

Alignment of reference clamping systems on presses in µm precission » 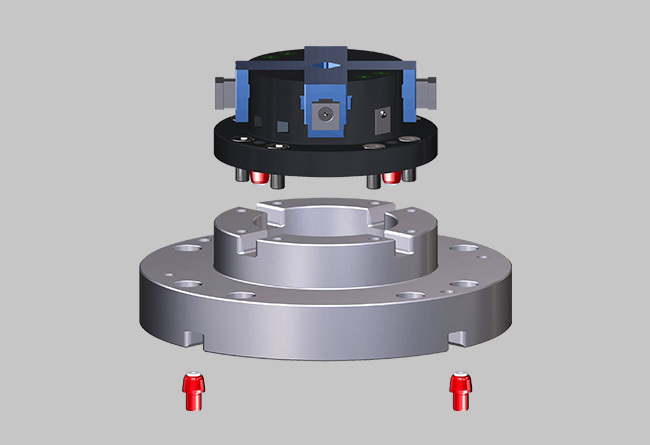 Scaling
Different sizes cover the requirements of compaction tools and the compaction process.

Operation
The changeable plates will be screwed manual direct in the die plates of the press. The positioning is done by SCS K cones and ground grooves. Usage for coaxial and multiaxial compaction in combination with highest compression and tensile forces.

The manual changeable plate system MCS C is used for quick high-precision positioned alternation of different die plates. The die plates MCS C are available on the topside with different mechanical interfaces and positioning systems and thus guarantee the maximum of operational flexibility of the press. 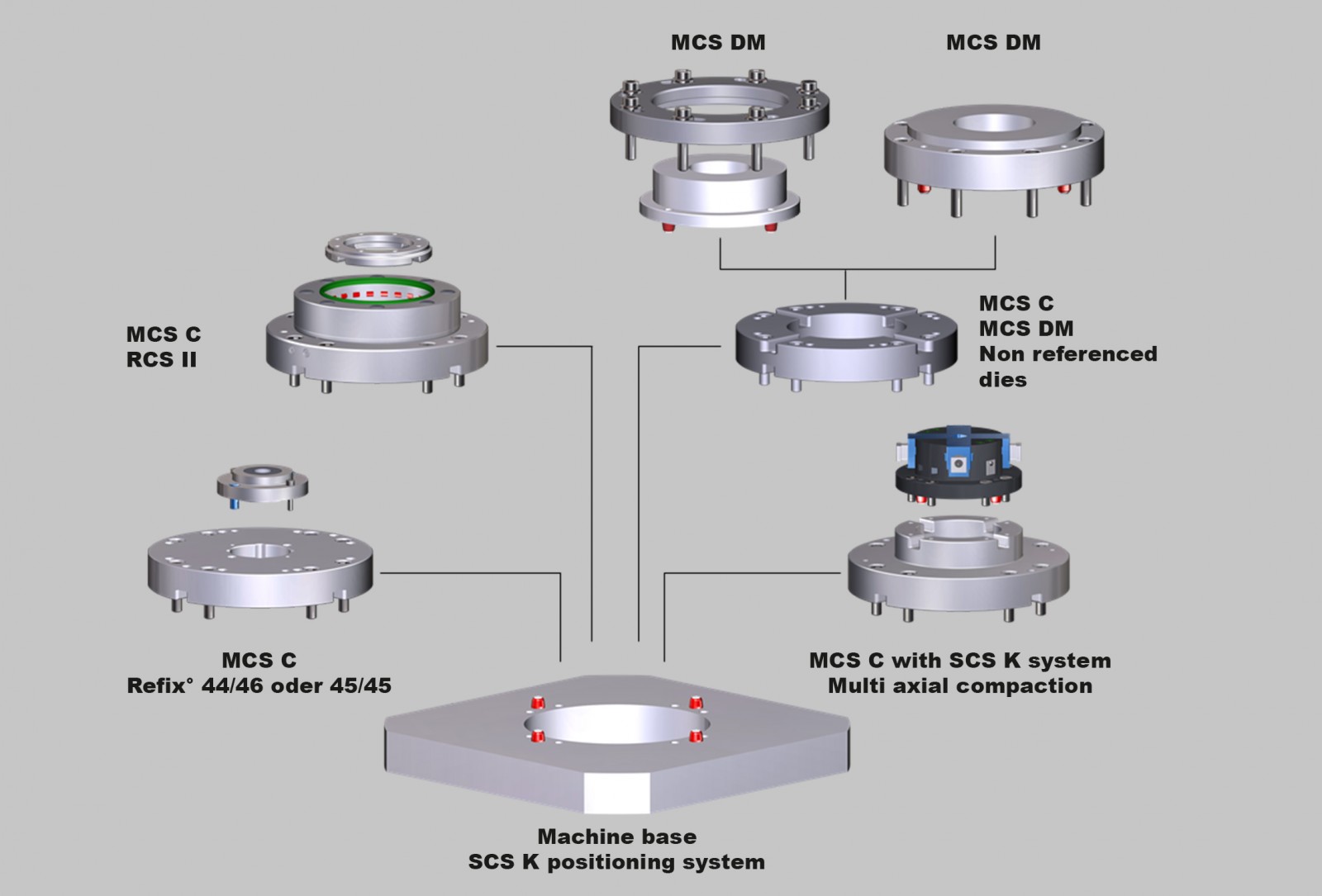 The MCS C changeable plate may carry dies of different size and shape in a referenced and non referenced position.

Existing dies will be clamped by a bayonet ring (Type A) without the reference system SCS K on the MCS C changeable plate.

For a number of products of ProGrit GmbH, patents have been granted or are pending.